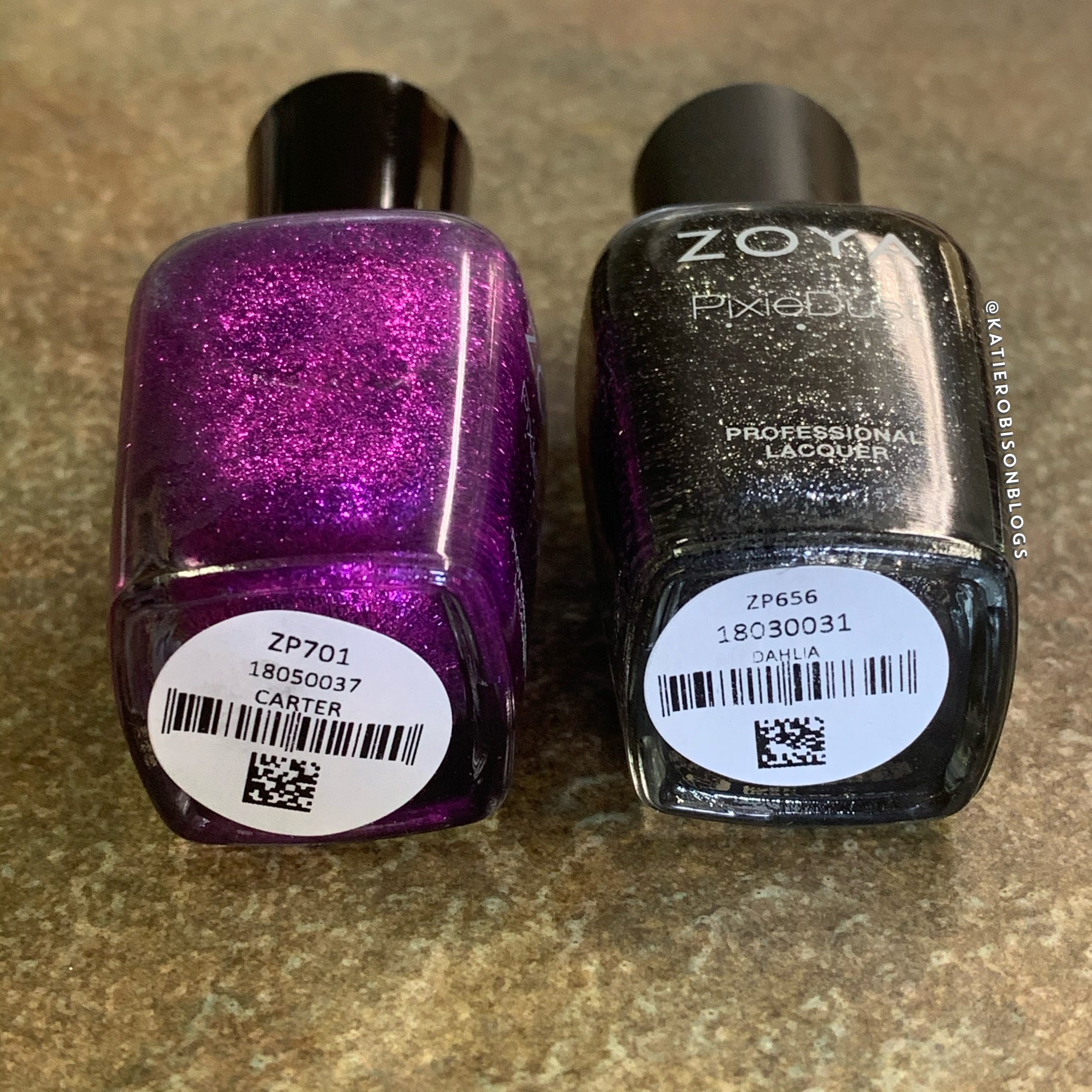 Let me start by thanking all of the businesses I posted about last week for being such a pleasure to visit. I definitely found six (6) new favorite places around the Twin Cities! Thank you also to those of you who liked, commented, shared and went to those businesses. While I will be returning to my normal posting model, please know that it doesn’t mean that I won’t continue to donate and post in dedication of this cause.

I told you I would give you nail art and here it is! My best attempt at nail art! 😂 But really, even though I really enjoy the way it turned out, I promise to try better next time!

💜 “Carter…can be best described as a royal purple with a strong magenta sparkling, matte and textured finish.”

🖤 “Dahlia…can be best described as a black beauty with a sugared sparkle, in the exclusive Zoya PixieDust – Textured Matte Sparkle formula.”

Normally I have great luck with @zoyanailpolish’s PixieDust formula staying put for several days, but I believe I layered on too many coats and that’s why I didn’t have as much success with this combo. Also, I used a top coat in hopes that it would prolong the look, but it may have had the opposite effect. I wore Carter on its own initially and absolutely became obsessed with it immediately. I look forward to wearing both individually in the future (without topcoats) and trying other really difficult nail art! 😉

FYI, I receive a small commission when you shop via the links listed above. There is no additional cost to you.

First Impression Friday: Thank you so very much to

What's on My Nails Wednesday: Having basically bec

Try Out Tuesday: Thank you so very much to @pixibe

Must Have Monday: A lot of you have commented on t

First Impression Friday: Thank you so very much to

Thursday Thoughts: Thank you to @bzzagent and @kie

What I'm Wearing Wednesday: This is such a special

Mani Monday: I was planning on today being the thi